Are you grappling with last-minute issues linking Aadhaar and your PAN? Small consolation - there are many like you.. read this article in The Hindu Business Line to find out more..
With July 31 deadline imminent, fixing name mismatches is proving arduous
For many, filing income-tax returns is a fairly taxing chore. Most often, it comes with the shock of realising that your auditor wants bills and documents that you have either thrown away or misplaced.
As the July 31 deadline for filing returns nears, many taxpayers are scrambling to prove background documents and information demanded of them.
Despite proclamations by the government that the tax-filing process has been simplified, this time around there is an extra hurdle to clear.
Many individual assessees are finding it difficult to link their Permanent Account Number (PAN) with their Aadhaar number, which is a new requirement of the I-T department.
There are many reasons for this. Krithika, a private firm executive, said, “My father’s name on the PAN card does not match the name on the Aadhaar card; the latter lists his name with his initials, while the former has the initial expanded. He passed away recently and we have surrendered his phone. When I contacted the income-tax office, they had no clue as to how to deal with the issue.”
Treating this as a one-off case, the tax authorities asked her to write to the office in Chennai. “But time is running out,” she says.
That, however, is not the end of her worries. “In my mother’s case, while the Aadhaar and PAN have been linked, the system asks for her Aadhaar enrolment number. She suffers from dementia and is bed-ridden,” says Krithika. “I am unable to file both their tax returns.”
Coimbatore-based auditor and founder of GKM Tax Advisors G Karthikeyan said he too faced a similar problem and was unable to link his PAN and his Aadhaar.
“Naming conventions differ across regions,” he pointed out. “In some places, people have surnames, but in the South, we prefix names with initials. When this is expanded in one identity card and left as such on the other, there is a mismatch.”
Until recently, he said, “most of us did not bother about these issues; after all, we do have both Aadhaar and PAN cards. I got mine and my parents’ cards regularised last week. There is a huge rush to get this sorted out.”
Matters get complicated if there has been a change in mobile phone numbers, as the one-time password to effect any name change would be sent to the registered mobile.
An employee in a software company said he was fed up with the whole system as he had to wait in queue to get the details regularised.
Karthikeyan acknowledged that linking PAN and Aadhaar was a good move, but wondered why the process was being hurried through. “In India, PAN has served to establish a person’s identity for years, and there is a verified database. The government should either go with it or consider giving more time, say three months, to enable genuine filers to comply with the law,” he reasoned.
(This article was published on July 26, 2017)
Posted by GKM Inc at 00:34 2 comments:

Electoral Bonds- Will it achieve its goals?

The income of a political party is exempt. Political parties will continue to be exempt from paying income-tax subject to the fulfilment of the conditions laid down regarding contribution acceptance and income tax filing.  The intent is definitely commendable. Whether it will achieve the desired result or merely pave the way for creation of another avenue for black money remains to be seen. More regulations may be required to oversee political funding and ensure a cleaner system. The onus for checking and investigating transactions, of course, falls on the Income Tax Department and mechanisms must come into force to provide the freehand for the Tax authorities to proceed per law and promote a clean system of governance and implementation. There must be an enhanced relationship and a system based on trust and cooperation to achieve compliance with rules. It goes without saying that checking every transaction and viewing all statements with suspicion is an extremely weary exercise. Systems must be such that they flag wrong doing that warrants investigation rather than implement a wholesale check which would inconvenience all concerned not to mention add to overall governance costs. One would rather not have to see investigators turn up at party offices a la James Bond quoting his famous line – “The name is Bond”  - in this case though “electoral bond”.


G. Karthikeyan
(The author is a Coimbatore-based chartered accountant and can be reached at karthikeyan.auditor@gmail.com ) 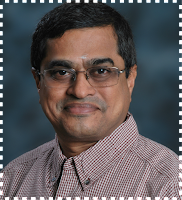 City businessmen feel there's  not much that this union budget has to offer for industries . besides the employee provident fund scheme and the excise and customs duty relaxation, industries don't get any significant benefits.

The textile industry , which is the significant contributor to the country's gross domestic product , and accounts for over 35% of the country's textile exports , feels that no big announcements impacting the industry were made in the budget. "The focus was on agriculture and the rural sector, So, the budget did not have many announcements for the textile sector," said vice-chairman of Indian Technical Textiles Association , S K Sundaraman.

Industrialist say that the 2 % relaxation of excise and 2.5% in customs will bring some relief for them. " We had hoped for some relief in the export segment. Exports from Tiruppur and Coimbatore are significant , and any policy easing export of goods or relaxing norms would benefit the textile industry," said a textile entrepreneur requesting anonymity. " the Rs. 1,840 crore allocation for the textile industry is insufficient as there are backlogs for more than nine months. It will be difficult to hope for any development with the funds allocated, " said the industrialist.

Automobile and manufacturing and pump industries too are in a fix. "several automobile parts are exported from the city. While the announcements to improve the road and rail infrastructure will speed up the transport of good from the city to the ports, decisions at the policy level would have
brought relief to industrialists." president of Indian chamber of commerce , D Nandakumar told TOI.

Chartered accountant, G Karthikeyan ,  who moderated a panel discussion organized by the Confederation of Indian Industries on Tuesday , said that while the allocations for the industries was good, " is important to see how the government implements the schemes and how well it monitors the process." He also said that the cesses levied by the government in various forms increases the compliance cost. " Industries feel that if there is uniformity in levying cess , it will provide some relief to them," he said.
Posted by GKM Inc at 04:24 No comments: